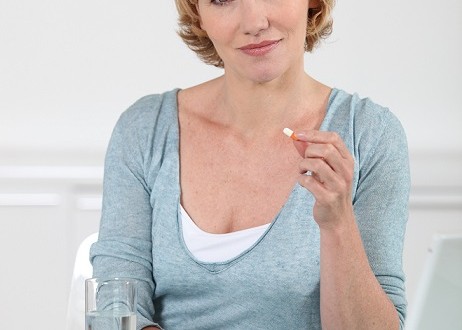 5 Steps to Help You Stop HRT

Want to stop your hormone replacement therapy (HRT) but don’t know how?

New research recently published in the Journal of Women’s Health found that certain methods appear to be more successful and your attitude about stopping matters. The study surveyed 2,328 women aged 45-70 and found that a woman’s attitude towards the treatment was an important factor in how well she coped coming off the medication. Two thirds of the women stopped on their own and one third stopped due to their doctor’s advice.

Discontinuing HRT can cause difficulty sleeping, mood swings and even depression, and return of hot flashes, which occurred in 75% of women. That is why many women find it so difficult to stop that they start taking their medication again.

Researchers from the University of Washington and Harvard Vanguard Medical Associates in Massachusetts studied different methods of coming off the treatment to see which were easier for women.
Those who did not succeed had greater trouble sleeping (74% vs. 57%) and mood disturbances (51% vs. 34%) than those who succeeded. The women who worked with their doctor, who had lack of symptom improvement on HRT, who had vaginal bleeding or who learned to cope with their symptoms were more successful in stopping.
Other factors included overall attitudes and feelings about menopause and HRT. Those with a more positive view of menopause, seeing it as a natural stage in life, generally coped best when finishing HRT and were less likely to restart the medication.
The study, however, did not assess whether the women who were more successful at stopping HRT were already more able to deal with menopause symptoms, or happen to be women with less severe symptoms to begin with. But the results do suggest that having a positive attitude and talking with your doctor definitely help.

Here are My 5 Steps to Stopping HRT

Discuss this with your doctor so that it can be fine-tuned for you.