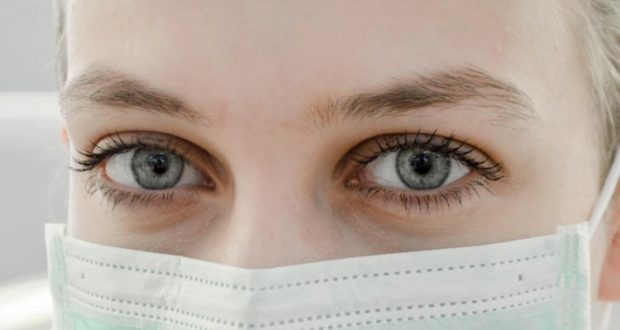 How Peri or Post Menopausal Phase Affects Your Oral Health

The term “Menopause” has been derived from the Greek word, which means month and cessation. Scientifically, menopause is a physiological phenomenon in woman’s body that corresponds to the end of menstrual cycle and the fertile age.

In this phase, the ovarian activity ends, and the ovaries stop to produce the main female hormones like follicles and estrogens.

As per the World Health Organization, there are three age stages during the midlife age for women. They are:

The major transition period from fertility to infertility is called climacterium. This phase of women’s life consists of the combination of all the three phases including menopause, perimenopause, and postmenopause. Studies show that 75-80% of the peri-post menopausal women experience several symptoms including night sweats, hot flushes, urogenital dryness, mood swings, dizziness, tiredness, irritability, muscle pain, joint pain, and insomnia.

In addition to the onset of psychological alterations and hot flush with the general manifestations of menopause, certain oral problems including burning mouth syndrome (BMS), periodontal disease, and much more are also observed during this phase.

The oral mucosa contains estrogen receptors. The variation in the level of this hormone production directly affects oral health. Generally, a woman suffers from a few oral diseases during peri or post-menopausal years.

A gynecologist treating the peri and postmenopausal problems should be aware of the oral problems a woman is encountering during this period. He should make it a point to refer her to the dental specialist as per her problems and requirements.

A cosmetic dentist, on the other hand, should be sensitized about the hormonal changes that are responsible for the peri and postmenopausal phase in a woman. He should treat her on the basis of her Hormone Replacement Therapy (HRT) status and treatment needs.

Peri or post menopause period is responsible for affecting your oral tissues in the same way as it affects other parts of women’s body. Hypoestrogenism and ageing causes alteration in the oral cavity. Oral mucosa is same as vaginal mucosa in its response to estrogens as well as histology. Your salivary glands and oral mucosa consist of sex hormone receptors.

Variation in the secretion of the estrogen hormone can affect your oral mucosa either directly or through the neural mechanism. This alters the periodontal health of the woman, who is in her peri or post-menopausal phase.

Studies show that most of the women while visiting a gynecologist generally complains about their oral issues. The most common problems include oral dryness as the salivary flow rate decreases with the onset of menopause.

The periodontium consists of the supporting structures of your teeth including periodontal ligament, gingiva, alveolar bone, cementum, and much more. The proper health of periodontium depends on sex steroid hormones. They are responsible for making changes in vascular permeability and growth, inflammatory mediators, and differentiation of fibroblasts.

The osteoblasts and fibroblasts of periodontal tissues consist of estrogen receptors, which is responsible for responding to the changed levels of hormones in different stages of a woman’s reproductive life. This affects the overall health of the periodontium.

Many factors play a role in increasing the incidence of periodontal disease in postmenopausal women severely.

Some of the most may be summed up as:

Final Thought
The fluctuation in the level of hormone secretion in the body of peri-post menopausal women influences oral health as it directly affects the oral tissues. It also affects several other body systems, which in turn affects the oral cavity. Oral discomfort like a burning sensation, dry mouth, and altered taste are the major complaints among the peri-postmenopausal women while visiting dental clinics.
It is deemed necessary for all the women approaching the menopausal transition phase to be aware of all the symptoms of the common oral disorders to avoid the high risk as prevention is always better than care.
Cosmetic dentists, on the other hand, should conduct a thorough examination of the oral health to diagnose and rule out other systemic diseases related to hormonal changes before its arrival. The advancement in science allows the more randomized controlled trial studies to assess the effect of sex hormones or menopause on oral health.
Author’s Bio: Albin Davis believes that a healthy smile is necessary to have an everlasting impact on social interactions. His day job is to handle digital marketing for cosmetic dentistry in Melbourne. In his free time, he utilizes his creative bend of mind to write a compelling article on oral health care solution that helps and educate his readers.