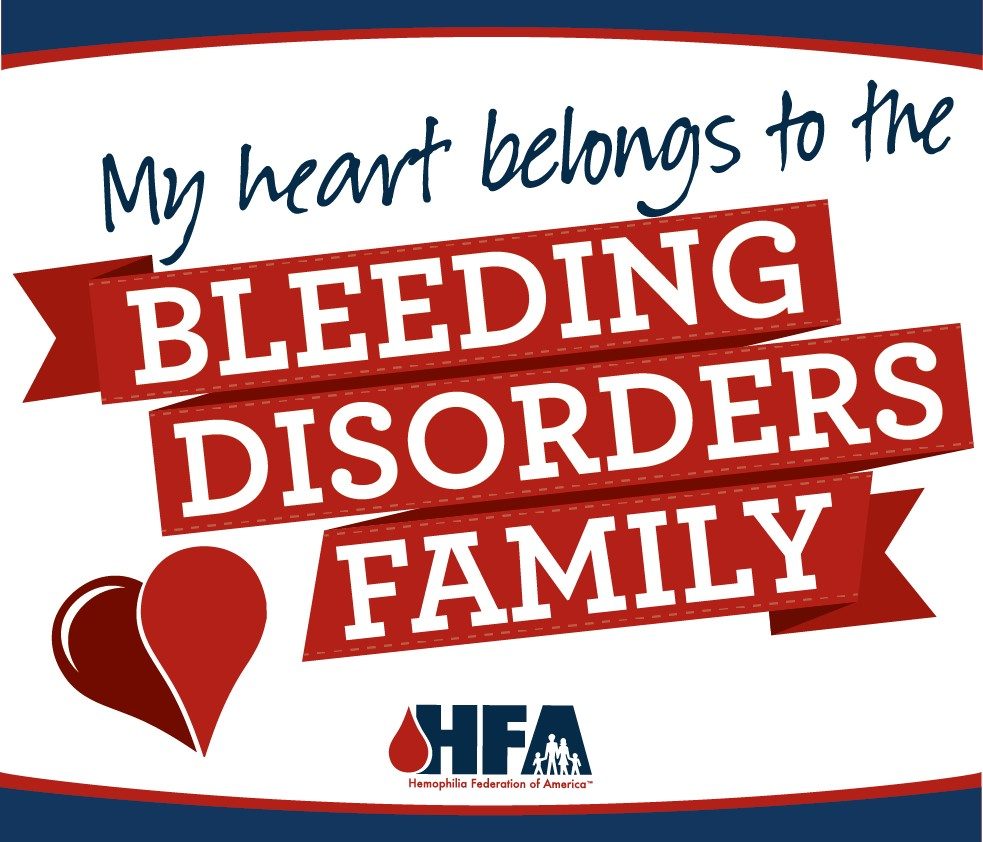 Hemophilia is typically thought of as a man’s bleeding disorder, but women can have it too. Von Willebrand disease (VWD) is the more common bleeding disorder in women, and occurs in about 1% of the US population.  It is caused by a defect in or deficiency of von Willebrand factor, a protein the blood needs for clotting.

You may have a bleeding disorder if you have one or more of the following symptoms:

I have heavy menstrual periods

I have bleeding symptoms and someone in my family has a bleeding disorder, such as von Willebrand disease, or a clotting factor deficiency, such as hemophilia

I have experienced heavy bleeding from dental surgery, other surgery, or childbirth and/or have other additional bleeding symptoms such as:

If you have one or more of these symptoms, please speak with your doctor or other healthcare professional.

Women and girls may also have mild hemophilia (“symptomatic carriers”), meaning that in addition to carrying the gene, they also exhibit symptoms. In some cases, females are diagnosed with hemophilia A, or factor VIII deficiency, or hemophilia B, factor IX deficiency—both of which are hereditary. Further, they can have any of the rare factor disorders, such as factor I, II, VI, VII, XI and XIII deficiency.

Victory for Women (V4W) is NHF’s health initiative to address the critical issues faced by women with bleeding disorders. V4W follows in the footsteps of “Project Red Flag: Real Talk about Women’s Bleeding Disorders”, which brought significant attention to the many women struggling for an accurate diagnosis and appropriate health care. Now that the flag has been raised, V4W continues the work, seeking to educate all about girls, women and bleeding disorders.