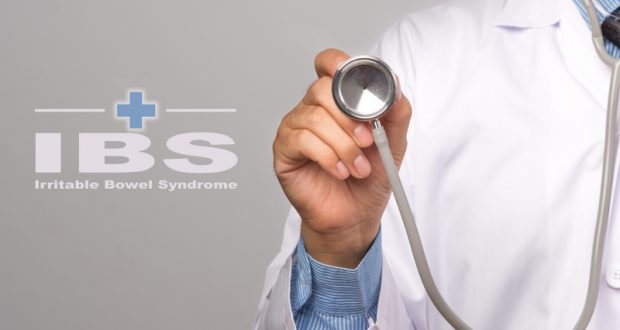 When a person’s large intestine doesn’t function normally, and there is no evidence that a disease caused it, it’s considered to be irritable bowel syndrome (IBS). IBS is a chronic (ongoing) problem of the large intestine. It’s not a disease. It’s a group of symptoms that occur together.

About 10 to 15 percent of American adults have IBS. It affects twice as many women as men, and is more common in people under the age of 45. But IBS is rarely diagnosed. Only 5 to 7 percent of adults have received an IBS diagnosis. Many people who have IBS are embarrassed by the condition, and there is a common perception that nothing can be done for it. That’s why so many women who have IBS never talk about it with their doctor. It’s true that IBS has no cure, but there are effective ways to treat the condition.

People who have IBS often have other conditions related to their gastrointestinal (GI) tract. It’s common for people with IBS to have gastroesophageal reflux disease (GERD) and dyspepsia, for example. They are also more likely to get conditions that aren’t related to the GI tract, such as chronic fatigue syndrome, depression, anxiety, temporomandibular joint (TMJ) disorders, chronic pelvic pain, and other conditions.

The Types of IBS

Doctors identify IBS as one of four types:

What causes IBS? The exact cause is unknown. But we do know that certain things can trigger IBS symptoms in people who already have it. These are some of the key factors that can trigger IBS or make it worse:

Recognizing the Symptoms of IBS

Healthy bowels result in regular stools that are solid (neither too loose nor too firm) and well formed. Having a bowel movement should cause no pain and no straining should be necessary.

With IBS, that isn’t the case. IBS is different for each person. Some experience relatively mild symptoms, while others have severe symptoms that interfere with their everyday lives.

IBS signs and symptoms include:

To be considered as IBS, any of these symptoms must have started at least 6 months ago. They also must have appeared three times over the past 3 months.

There is no single test that lets your doctor know you have IBS. Instead, your doctor relies on your signs and symptoms, and how they measure up to what are called the Rome IV criteria.

The Rome IV criteria emphasize the onset and pattern of your pain and discomfort, and then define the subtype of IBS based on your symptoms. It’s a very good idea to keep a written record of your symptoms, as this will help your doctor make an accurate diagnosis. That’s the key to treating IBS.

Your doctor will conduct a complete medical history. This will include questions about your symptoms, your family’s history of GI problems, any recent infections you’ve had, the medicines you take, and any stressful events that might be connected to the start of your symptoms. He or she will also perform a complete physical exam of you. Along with your reported symptoms, these are the basics of an IBS diagnosis.

Tests are typically not needed for an IBS diagnosis, but they are sometimes ordered by doctors to rule out other possible causes. These include:

Living and Coping with IBS

IBS has no cure, but it can be managed effectively. Making changes to your diet is typically an important part of keeping IBS at bay.

One way to combat IBS is to keep a food diary that lists what you eat at each meal and which foods, if any, triggered your symptoms. It should note when you ate, what you ate, the IBS symptoms that occurred, and when they occurred. A food diary can be an important reference for your doctor and you in determining how to treat and live with IBS.

People with IBS should generally avoid:

It’s just as important to know what you can eat if you have IBS. In general, you want to eat foods that are rich in fiber and are low in fat and high in carbohydrates, including:

Fiber is another dietary element that can help with IBS symptoms, especially constipation. However, it can be a mixed blessing. Too much fiber at once can trigger gas, which can in turn trigger symptoms. It’s a good idea to add fiber gradually to your diet in order to prevent gas and bloating.

People with IBS should also drink plenty of water and eat smaller meals more often during the day, so that they’ll be easier to digest.

Exercise also plays an important role in managing IBS symptoms. There are many benefits to getting and staying physically active: It alleviates stress and the symptoms of depression and anxiety; it helps stimulate your intestines to contract as they should; and it helps you feel better in general about yourself. The general guidelines for exercise are to try and get at least 30 minutes of moderate-intensity physical activity most days of the week. If you haven’t been active, talk with your doctor about what exercise would work best for you, and how much to get.

Keeping stress at bay is another good approach to controlling IBS symptoms. Too much stress can trigger IBS symptoms and is generally bad for your health. You can manage stress by:

Your doctor may prescribe drugs to help relieve the symptoms of IBS. Some of the most commonly prescribed are:

In addition to drugs and supplements, your doctor may recommend probiotics as part of your treatment plan. These are live microorganisms, often bacteria, that are normally present in your GI tract. Researchers are still studying the use of probiotics to treat IBS, but some studies have found a benefit to including them in your diet or taking them as a supplement.

National Institute of Diabetes and Digestive and Kidney Diseases: www.niddk.nih.org