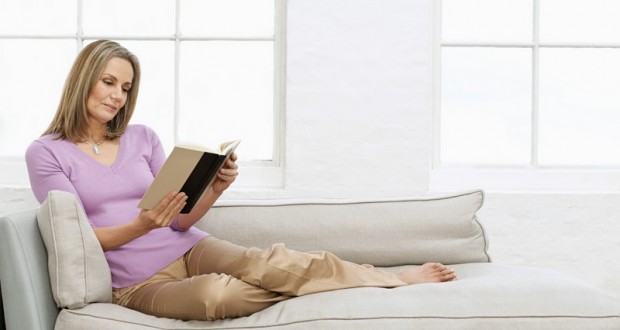 New study demonstrates women’s willingness to use vaginal estrogen despite fears of hormones; justifies use of local estrogen in addition to systemic hormone therapy

CLEVELAND, Ohio (August 12, 2015)—Local vaginal estrogen (VE) appears to have escaped the shroud of doubt cast upon hormone therapy as a result of the Women’s Health Initiative Study (WHI) by providing numerous medical benefits without systemic effects. That’s according to a new study reported online today in Menopause, the journal of The North American Menopause Society (NAMS).

The study demonstrated that postmenopausal women who suffer from painful intercourse and vaginal dryness are more likely to use VE, regardless of whether they use any other type of hormone therapy. Moreover, women who do not use systemic hormone therapy, but who use VE, score significantly higher on the sexual quality-of-life scale than women not using VE.

The purpose of the study was to determine if VE still represents a viable solution for a subset of women with urogenital problems, despite concerns raised by the WHI regarding the safety of hormone therapy (HT). In the years after the 2002 publication of results from the WHI, HT prescriptions and usage had dropped, largely due to concerns of increased cardiovascular events and breast cancer. However, after women discontinued the use of HT, there remained a need to effectively treat them for various menopausal symptoms. Based on the responses from the 310 New York women enrolled in this study, it appears that VE offers a number of benefits without creating additional medical concerns. Even more interesting is that the study suggests a need, in certain circumstances, to add local VE even for women already being treated with systemic hormones.

The most common urogenital symptom associated with menopause is dryness, followed by irritation or itching, discharge, and dysuria. These symptoms are the result of vulvovaginal atrophy (also known as a thinning of the vaginal wall) that occurs with the absence of estrogen.

“We know that estrogens play a key role in maintaining vaginal health,” says NAMS founder and Executive Director Wulf Utian, MD, PhD, DSc. “Not only do they assist with lubrication, but some studies also show them to be effective in preventing urinary tract infections. That’s why women need to have more estrogen options and be educated on their benefits and potential risks.”

Although the study authors point to decreased health risks with using VE versus systemic hormones, they do point out that, to date, there has been a lack of long-term studies documenting overall health risks of using local estrogen.

The article, “Vaginal estrogen use and effects on quality of life and urogenital morbidity in postmenopausal women after publication of the Women’s Health Initiative in New York City,” will be published in the January 2016 print edition of Menopause. Funding for the study was provided by Pfizer.

Founded in 1989, The North American Menopause Society (NAMS) is North America’s leading nonprofit organization dedicated to promoting the health and quality of life of all women during midlife and beyond through an understanding of menopause and healthy aging. Its multidisciplinary membership of 2,000 leaders in the field—including clinical and basic science experts from medicine, nursing, sociology, psychology, nutrition, anthropology, epidemiology, pharmacy, and education—makes NAMS uniquely qualified to serve as the definitive resource for health professionals and the public for accurate, unbiased information about menopause and healthy aging. To learn more about NAMS, visit www.menopause.org.