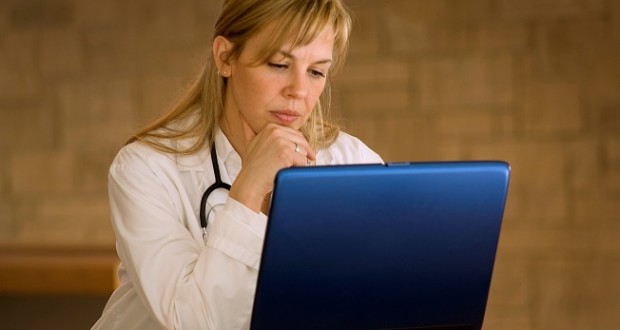 After Breast Cancer Diagnosis, Risk of Thyroid Cancer Goes Up

Breast cancer survivors are at increased risk of developing thyroid cancer, especially within five years of their breast cancer diagnosis, according to a new analysis of a large national database.
The study results were presented Thursday, March 5th at the Endocrine Society’s 97th annual meeting in San Diego.

Breast cancer survivors, whose numbers are increasing, should receive counseling regarding their higher-than-average risk of thyroid cancer, Kuo recommended.

Until now, Dr. Kuo said, the relationship between breast and thyroid cancer has been controversial, largely based on single-institution studies that have suggested a possible increase in thyroid cancer incidence after breast cancer.

There was no difference in risk based on whether the breast cancer was hormone receptor positive or had spread to lymph nodes, according to the investigators.

The study findings showed that breast cancer survivors developed thyroid cancer at a median of five years. Therefore, Dr. Kuo recommended that every year for the first five years after a breast cancer diagnosis, especially survivors who received radiation therapy should undergo a dedicated thyroid exam.

Dr. Kuo said she plans to study whether tamoxifen treatment, typically given for five years after a breast cancer diagnosis, may play a role in increasing the risk of thyroid cancer.

Radiation therapy to the head, neck or chest is a known risk factor for thyroid cancer, according to the Endocrine Society’s Hormone Health Network. Female sex raises the risk of both thyroid and breast cancer. The incidence of thyroid cancer is increasing, and Dr. Kuo said researchers must have a better understanding of the etiology for this increase.

~Founded in 1916, the Endocrine Society is the world’s oldest, largest and most active organization devoted to research on hormones and the clinical practice of endocrinology.