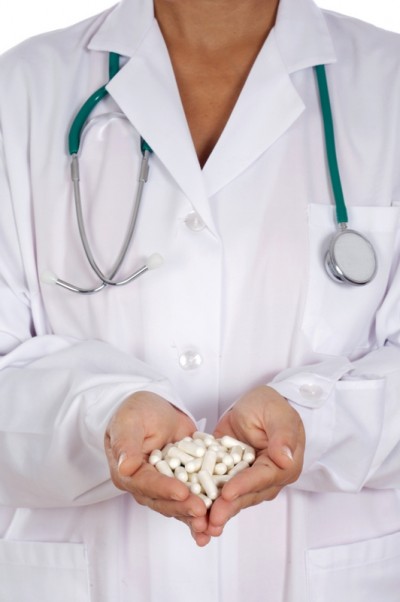 Hormones with Statins May Help Women’s Hearts after Menopause

CLEVELAND, Ohio (March 17, 2015)—Hormones may not protect women from heart disease or stroke after menopause, but when combined with cholesterol-lowering statin drugs, they may help protect women from these killers, shows a population study from Sweden to be published in the April issue of Menopause, the journal of The North American Menopause Society (NAMS). During the study, women who took both hormones and statins had a significantly lower risk of dying of any cause  and a moderately lower risk of dying of cardiovascular disease.

Using health information from national Swedish health registers on some 40,000 women who took statins, this study compared the records of deaths and cardiovascular events, such as heart attack and stroke, between some 3,000 women who also used hormone therapy and some 38,000 who did not. They were followed up for a mean of four years. Most of the women (70%) were using statins for primary prevention of heart disease, that is, they had not had a cardiovascular event such as heart attack or stroke. The others had had an event so were taking statins for secondary prevention.

The potential beneficial effect on cardiovascular deaths contrasts with the results of the Women’s Health Initiative (WHI) and the Heart and Estrogen/progestin Replacement Study (HERS). The reason, the researchers speculated, might be that women in the WHI and HERS took conjugated estrogens, which aren’t available in Sweden, whereas the Swedish women used 17-beta estradiol, the estrogen that women most commonly make before menopause. The authors pointed out that a European study with hormone therapy using 17-beta estradiol showed some reduced, not increased, risk of death and heart attack.

Another reason, they said, is that statins may lessen the risk of coronary heart events that tend to occur early on in hormone therapy. That is because estrogen may make plaque in the arteries unstable, leading to blood clots and heart attacks and strokes.

As an accompanying editorial pointed out, in the HERS study, heart attacks did increase soon after women began taking hormones, but there was a significant decrease in heart disease after that. Combining hormone therapy with statins might be an advantage not only by preventing early heart attacks and offering cardiovascular benefits later but also by avoiding the onset of type-2 diabetes that statins may cause. These are questions that a properly conducted, randomized trial could answer, the editorial said.

“This report provides intriguing information on the benefits of simultaneous use of statins and hormone therapy in women considered to be at risk for cardiovascular disease.  Its findings suggest that one benefit of each treatment offsets one adverse effect of the other treatment, thereby yielding better health outcomes in combination than what could be achieved by either medication alone,” says NAMS Executive Director Margery Gass, MD. “These results call for further study of the combined use of hormone therapy and statins.”

Founded in 1989, The North American Menopause Society (NAMS) is North America’s leading nonprofit organization dedicated to promoting the health and quality of life of all women during midlife and beyond through an understanding of menopause and healthy aging. Its multidisciplinary membership of 2,000 leaders in the field—including clinical and basic science experts from medicine, nursing, sociology, psychology, nutrition, anthropology, epidemiology, pharmacy, and education—makes NAMS uniquely qualified to serve as the definitive resource for health professionals and the public for accurate, unbiased information about menopause and healthy aging. To learn more about NAMS, visit www.menopause.org.