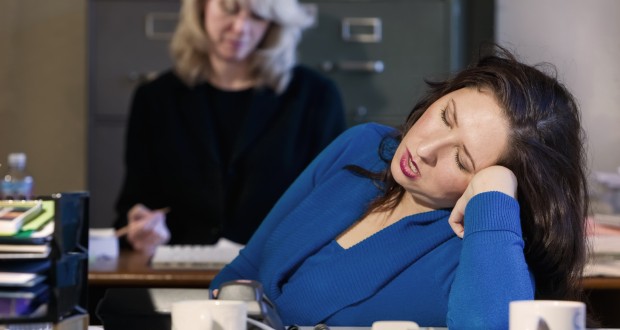 A new-found link between chronic fatigue syndrome (CFS) and early menopause was reported online 4 February 2015,  in Menopause, the journal of The North American Menopause Society (NAMS). This link, as well as links with other gynecologic problems and with pelvic pain, may help explain why CFS is two to four times more common in women than in men and is most prevalent in women in their 40s. Staying alert to these problems may also help healthcare providers take better care of women who may be at risk for CFS, say the authors of this population-based, case-control study.

Based on a long-term study of CFS and fatiguing illnesses in Georgia, this analysis from Centers for Disease Control scientists included 84 women with CFS and 73 healthy control women who completed detailed gynecologic history questionnaires. Striking differences emerged from the comparison between those groups.

The women with CFS were some 12 times more likely to have pelvic pain that wasn’t related to menstruation (such as pelvic floor dysfunction, interstitial cystitis/painful bladder syndrome or IC/PBS, and irritable bowel syndrome) than the control women. The women with CFS also reported excessive bleeding (74% vs 42%) much more often as well as significantly more bleeding between periods (49% vs 23%) and missing periods (38% vs 22%). In addition, they used hormones for purposes other than contraception (such as to treat irregular periods, menopausal symptoms or bone loss) much more often (57% vs 26%).

Although CFS has previously been linked with pelvic pain and gynecologic conditions such as endometriosis, IC/PBS, polycystic ovaries, and menstrual abnormalities, this is the first study to show a link with early menopause. Sex hormone abnormalities or their early decrease or disappearance may underlie these links, and the authors called for more research to find out whether they do play a role in causing or perpetuating CFS in some women. But meanwhile, they emphasized, women’s healthcare providers need to stay alert for symptoms of CFS, such as sleep or memory problems, muscle and joint pain, and worse symptoms after exertion, developing in women who have these gynecologic or pelvic pain problems.

“CFS can take a tremendous toll on women’s lives at midlife and on our society and healthcare system. Being aware of the association of CFS and earlier menopause can help providers assist women in sorting out symptoms of CFS from symptoms of menopause,” says NAMS Executive Director Margery Gass, MD, NCMP. This paper also raises the chicken and egg question: Is early menopause the cause of later health problems or simply the result of earlier health problems not recognized as the cause of early menopause?

The article, “Early menopause and other gynecologic risk indicators for chronic fatigue syndrome in women,” will be published in the August print edition of Menopause.