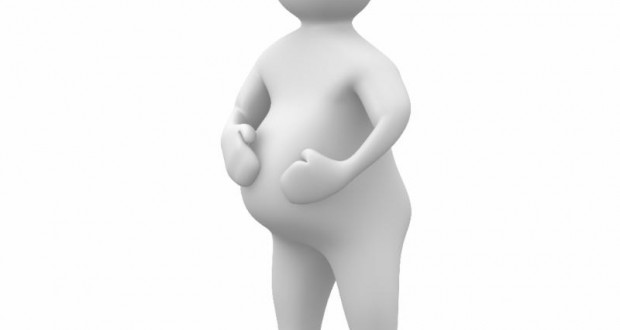 Mostly For Men: Pearls about Testosterone, Erections, and Cardiovascular Health

I’ve collected tidbits of interesting information from several evidence-based studies from the Journal of Sexual Medicine over the past 2-3 years, and will present them below. They are in 3 categories: 1. The inter-relationships of testosterone levels with cardiovascular and metabolic aberrations in men; 2. Re-thinking the role or testosterone in sexual health in prostate cancer survivors. And, as “dessert,” some statistics about “average penile size” (get out those tape measures, guys!)

The inter-relationships between men’s metabolic dysfunctions (cholesterol, blood sugar, heart & vascular problems, etc.), testosterone levels, and erectile function are well established. Low testosterone (T) is unhealthy and is linked to metabolic syndrome, cardiovascular disease, and death. Metabolic syndrome (“MeS”) is a constellation of 3 or more of 5 symptoms: hypertension, abnormal glucose tolerance (especially adult-onset diabetes), obesity (defined as a waist > 40 inches in men), abnormal lipids (most notably low HDL-cholesterol (HDL-C) and elevated triglycerides, and something called “Insulin Resistance,” where the body produces too much insulin in response to carbohydrates, especially “simple carbs,” resulting in wildly fluctuating blood glucose levels. Having MeS confers upon that person a 5-10-fold increased overall risk of cardiovascular death (the more and more severe symptoms, the higher the risk.) MeS is the most important public health issue threatening the health of men and women all over the world.

MeS, by itself, is considered a risk factor for erectile dysfunction (“ED”). The clinical management of MeS can be done by therapeutic interventions that include lifestyle modifications, T replacement alone or in combination with a PDE-5 inhibitor (Viagra™, Cialis™, etc.) and other pharmacologic treatments. For those interested, a complete review of MeS affecting erectile function is found in the review by Kaya et al, referenced below. (1)

In a 2015 article in the Journal of Sexual Medicine (2) Beseroglu and colleagues report a review of 8 articles with > 12,000 participants. They found a 2.6-fold increase in ED inpatients with MeS. All individual components of MeS except HDL-C were also found to correlate with increased prevalence of ED. Of these, abnormal blood sugars and especially diabetes was noted to cause the highest rate of ED.

Turning things around, ED has been noted in several studies as a marker for cardiovascular disease and type 2 diabetes. Elevated blood glucose, central obesity and low T levels are more prominent in men consulting for ED than in the general population. Low T is associated with impaired glucose tolerance. As the penile artery is a narrow vessel, its further narrowing via arterial plaques may significantly affect the ability of a sufficient volume of blood to enter the penis for a “working” erection. Especially younger men with ED (age 40’s, 50’s) are very significantly at elevated risk for heart disease and should be referred to a cardiologist for evaluation.

In another study from Germany and the U.S. (“Weight loss and reduction of waist size in 237 hypogonadal men with obesity grades I-III under long-term treatment with testosterone”), reported at the 16th World Meeting on Sexual Medicine in Sao Paulo, Brazil in 2015, T therapy seemed, along with lifestyle changes, to be an effective approach to achieve sustained weight loss in obese hypogonadal men, thereby potentially reducing cardiometabolic risk.

The obvious “take-home” here: If you’re fat, have impaired glucose tolerance, hypertension, perhaps poor lipids, you are much more likely to have low T, ED, and a significantly lower life expectancy. Time for a paradigm shift?!

There has been controversy recently regarding the safety of T supplementation or replacement in men with prostate cancer. From 2001 to 2013 the number of patients diagnosed with T deficiency syndrome has more than tripled, and it is clear that a sizable percentage of men with T deficiency experience significant improvements on quality of life following T supplementation. However, results from several recent meta-analyses of clinical trials suggest that although low T correlates strongly with other co-morbid conditions (as noted in “One” of this blogpost,) the effect of supplementation of T alone on these conditions (as opposed to lifestyle plus T) is relatively limited and, as such, T may be better understood as an indicator of overall health rather than a causative factor.

With this in mind, several studies have evaluated the effect of T supplementation in men with prostate cancer. These studies carefully followed men with early stage disease with surgical excision, and men who elected to forgo surgery, being managed instead with “active surveillance” without surgery. These 4-5 studies, which unfortunately include only a total of 200 men followed for 2-5 years with PSAs generally < 5, tend to show that, in selected men with early-stage prostate disease of complete surgical excision, supplemental T may be given, provided that surveillance is ridged. This path, however, is not the present “standard of care,” and should be embarked upon with caution. (4)

In a study replicating previous research (3) Hablous et al establish the following reassuring measurements: The mean suprapubic (top of penis , skin measurement from base of penile shaft) skin to tip erect penile length in men is slightly under 5 inches. Mean symphysis pubis (pressing down to the bone at the base of the upper surface of the erect penis) to tip length is 5.65;” Mean shaft diameter (measuring all ‘way around) = 4.5.” All of these measurements have a “standard deviation” (plus/minus) of 2/3’s to ¾’s inches. “How do you measure up??”