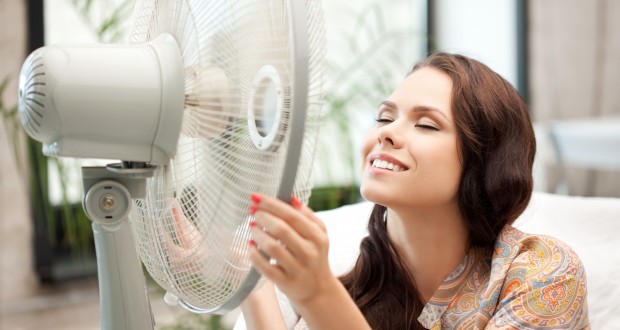 How old is too old for hormone therapy? Dealing with Hot Flashes and other bothersome menopausal symptoms as women age.

Vasomotor (aka “hot flashes”) and vaginal symptoms are the most commonly reported bothersome menopausal and postmenopausal conditions. Although these and other quite bothersome symptoms (especially sleep, memory issues, fatigue) are most debilitating during the first year or two of menopause in some women, they may persist much longer- sometimes indefinitely-. Several recent studies estimate the duration of moderate/severe symptoms to be 5-10 years on average!
“Genitourinary syndrome of menopause,” formerly named “vulvovaginal atrophy” is a direct consequence of the super-low estrogen state associated with menopause, which results in both anatomic and physiologic changes in vaginal and bladder areas. In contrast with hot flashes, which appear early and tend to dissipate over time (but not always!), these changes develop progressively as time passes, and unless aggressively treated do not go away.
Data from the WHI and other studies both from the U.S. and abroad are becoming more clear: starting women on estrogen supplementation early (within 7, and possibly 10 years of menopause) confers a degree of cardiovascular protection; starting later (>10 years from menopause,) or certainly when a woman has increased risk of already having a degree of endothelial damage (damage to the interior of blood vessels, aka “…hardening of the arteries…”) statistically increases cardiovascular risk. Data are also clear on the difference of “new starts” of older post-menopausal women (…risky) versus continuing women who have been on HT relatively continuously since during or shortly after their menopausal transition (not risky.) Continuing HT well after menopause, into older age, will continue to confer additional cardiovascular protection via HT-induced changes in lipid lipoprotein levels. Without a specific situation that mandates removal, there is absolutely no good science behind the common dogma of removing women from HT as they age; HT (especially estrogen therapy, and especially if given trans- or sub-dermally) may be considered “age-management medicine;” continuation appears to be a positive factor in delaying the signs and symptoms of the aging process in women. Trained menopausal medicine specialists rarely take their patients off of HT as they age.
As time passes from the poorly-reported and erroneous conclusions hastily extrapolated from the Women’s Health Initiative (WHI) first reported in 2002 that lead to a wholesale exodus from HT and unfortunately diminished the long-term cardiovascular and bone health of women and caused so many adverse sexual and general health side-effects secondary to estrogen withdrawal, menopause experts value the contributions of carefully formulated transdermal estrogen supplementation. With such a large percentage of women not using HT (well> 90% of U.S. women do not take hormones!) however, the search is ongoing for effective interventions for both hot flashes (HFs) and other post-menopausal irritations that continue well beyond the time many practitioners have been telling their patients “…it will stop…”. HFs are distressing in many ways, predicting depression, anxiety, and low self-image. This psychological and psychosocial component plays a significant role; in the absence of HT to diminish/improve symptoms, and in the presence of a person’s desire to “DO something about it,” other methods may find traction for the still-symptomatic woman not on HT. First and foremost, this includes mindfulness-based stress reduction (MBSR), and cognitive-behaviors therapy (CBT), both modalities readily available in our community. CBT has a long and well-documented history of efficacy related to distress, sleep and the psychological aspects of coping with many of life’s challenges. CBT intervention reduces at least two predictors for bothersome HFs: depression and anxiety. While nowhere near as effective as either estrogen supplementation or CBT and MBSR, other non-hormonal therapies include over-the-counter botanicals such as Remifemin™, “AM-PM Formula™,” I-Cool™, Estroven™, Promensil™, etc. Whole plant food intake as well leads to fewer menopausal symptoms when compared to both processed foods and animal foods. Additionally, extracted or synthesized soybean isoflavones reduce menopausal symptoms, according to several well-powered recent studies in the medical literature.
The bottom line? There is no need to suffer after menopause. Safe, low-dose, transdermal (delivered through the skin) or pelleted (sub-dermal delivery) estrogen replacement is available for health, and constitutional symptoms. Intra-vaginal estrogen, or compounded vaginally applied DHEA, or the SERM Osphena or vaginal fractional CO2 laser therapy is available for vaginal symptoms, and both botanical and psycho-social therapies are available. See a skilled menopause practitioner for assistance!
Dr Goodman hormone menopause Menopause education womens health 2015-08-14
admin