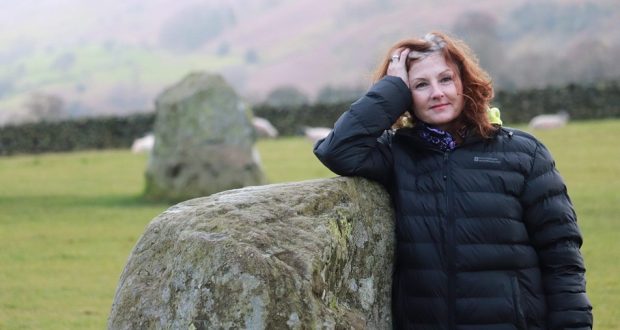 How To Deal With The Frustrations Associated With Everyday Sexism

Boasting a lucrative career that spans decades, the actor Keanu Reeves often makes headlines when he walks the red carpet. But in November 2019, he effectively caused a media firestorm – all thanks to the gorgeous woman on his arm at the LAMCA Art + Film Gala. Instead of a 20-something supermodel or influencer, the 55-year-old actor attended the event arm-in-arm with Alexandra Grant, a 46-year-old philanthropist who has silver hair and visible wrinkles.
The fact that the press had somewhat of a field day reporting that Reeves was dating someone in his age bracket is indicative of a much larger issue. Of course, menopausal and post-menopausal women know the trials and tribulations of daily sexism all too well. A 2019 report from PayScale found that, for every dollar earned by men, women bring in $0.79. Further, women are far less likely to hold high-level jobs, but much more likely to experience gender discrimination in the workplace.
The sad truth is that sexism goes well beyond (often significant) gender pay gaps and workplace discrimination. From catcalling and youthful expectations where aesthetics are concerned to discrimination in healthcare settings, small and seemingly harmless instances of everyday sexism are rampant within modern society. The effects of everyday sexism can be detrimental to your overall well being: Pervasive sexism can negatively affect your mental health and even lead to physical health problems.
Thus, from both a health and humanitarian standpoint, it’s imperative that older women work to help maintain and normalize equality between men and women. And while it’s important to work towards fixing the big issues, you can start small and make a huge impact by speaking up against blatant sexism in your everyday life.

Sexism on the Road

Sexism is fueled in part by stereotypes, and misogynistic individuals love to pigeonhole women. We’re often marked as more emotional than men, less talented when it comes to STEM fields, and much more dangerous behind the wheel. Of course, stereotypes aren’t always based on any real evidence, and research indicates that women are actually safer drivers than men.
A 2010 New York City traffic study determined that a whopping “80% of all crashes in a five-year period in which pedestrians were seriously injured or killed involved men who were driving.” It’s hard to argue with such striking data, which indicates that men are much more prone to aggression and overconfidence while driving than women. So the next time you hear a man scoff about “women drivers,” perhaps refer them to research proving otherwise.
The common misconceptions surrounding women and driving ability also go hand-in-hand with discrimination when it comes to buying a car while female. Women are more likely to end up being sold a so-called “lemon,” or paying more for a vehicle than it’s worth. In order to get a fair price on your next vehicle, make sure to do your research, practice effective negotiation tactics, and don’t be afraid to speak up if you believe you’re being hoodwinked.

Dealing with Sexism in Healthcare Settings

Thanks to gendered and ageist stereotypes, you may expect to deal with sexism when buying a car. This type of discrimination is frustrating and annoying but typically doesn’t impact your health. Unfortunately, everyday sexism is also the name of the game for many health professionals, putting your wellbeing at risk.
Gender bias in healthcare settings has been the subject of numerous studies over the years, especially when it comes to chronic pain. As reported in a comprehensive 2018 study by Samulowitz, Eriksson, et al: “In recent years, a variety of examples have been presented in which men and women have been treated differently for the same diseases, medically unmotivated, across a wide range of medical fields including psoriasis, neck pain, heart disease, and polypharmacy.” Put simply, women, especially those going through menopause, just aren’t taken as seriously when we report symptoms to healthcare providers, especially invisible symptoms.
Further, while women are more likely to experience chronic pain, such as neck pain, we are less likely to receive treatment. And as we age, we may experience pain on a more frequent basis, which can have psychological effects as well as physical. Medical professionals claim that pain impacts your mood on a molecular level, leading to increased irritability, anxiety, and depression. Thus, it’s imperative that you not allow gender bias to impact your healthcare needs, and switch providers if you feel that you’re not being taken seriously.

It’s hard to believe that, in 2020, women are still dealing with sexism in nearly every aspect of our lives, from buying cars to addressing medical issues. For many of us, gender bias even exists in the workplace, where we may be paid less, demeaned with pet names like “honey” or “darling,” or considered less intelligent than our male co-workers.
But we don’t have to stay quiet about it. In fact, a group of anchorwomen at NY1, New York City’s first 24-hour local news television station, filed a discrimination lawsuit in 2019, citing both age and gender discrimination. The brave women range in age from 40 to 61, and they are an apt example of older women taking on leadership and advocacy roles in recent years.
The number of females in Fortune 500 roles are also growing, according to Washington State University. Yet despite upward trends, women remain vastly underrepresented at the executive level, holding only about 5.2% of the nation’s top jobs. Clearly, there’s still plenty of work to be done in the realm of female inclusivity in today’s competitive job market.
No matter if you’re a high-level executive or are eyeing retirement, at the end of the day, you’re not alone in experiencing everyday sexism. Therein lies the greatest opportunity to promote change when it comes to gender bias: By banding together in social groups of like-minded women who have had enough misogyny for one lifetime, we can both vent our frustrations and work towards the overall elimination of sexism.
Author Bio: Brooke Faulkner is a mother of two and animal lover from Portland, Oregon.