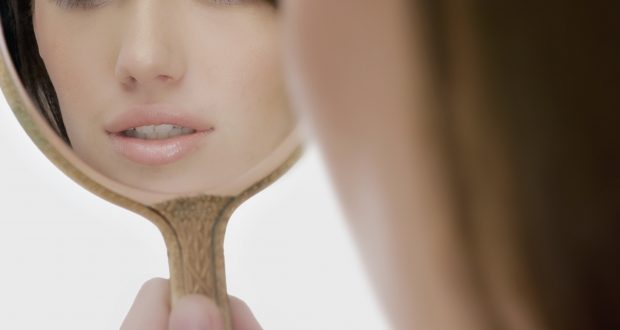 The title of this blog is literally stolen from an Editorial on the subject by Dr. M. Julie Thornton of the U.K., as she opines on a research article by E. Toz et al from Izmir and Istanbul, Turkey, published in the February 2016 issue of the journal Menopause *. The opinions in this blog are taken directly from both the Editorial and the original article, including some direct quotes. Each and every one of the statements and conclusions are taken directly from evidence-based, peer-reviewed studies in the medical literature. Toz studied the potential adverse effects of removing ovaries at time of hysterectomy on skin aging in pre-menopausal women. Their conclusions were that this sudden loss of estrogen via removal of ovaries (which removes >90 % of a woman’s estrogen and ~ 45% of her testosterone) is a significant and independent factor for worsening skin laxity/sagging and texture/dryness, and deduced that these low-estrogen skin changes were an additional factor associated with reduced quality of life.

Human skin is a complex organ accounting for ~ 15% of the total body weight of most adults, and provides a first line of defense against environmental stresses including infection, U-V radiation, dehydration, physical damage, and regulates body temperature, water balance, excretion, and synthesis of Vitamin D. With aging, skin undergoes significant changes due to atrophy of all 3 layers (dermis, epidermis and hypodermis, the lowest of the 3 layers), resulting in reduced thickness, increase in the number and depth of wrinkles, increased dryness, and diminished vascularity, firmness, and elasticity. Skin aging is also associated with poorer wound healing, as estrogen modulates all phases of wound healing. All of the preceding is evidence-based. Other research has previously found that older postmenopausal women are at lower risk of developing skin ulcers if they are on estrogen replacement.

Specifically, Toz et al’s study found that all skin parameters in the estrogen loss group of women worsened on weeks 24 and 48; laxity/sagging and texture/dryness were significantly worse, and the “emotions and symptoms” subscales of the questionnaire used were significantly higher.

The role of estrogen deficiency in the age-related changes in the structural and functional integrity of skin is well-known and evidence-based. In older women, the decrease in skin thickness and collagen content relate more closely with the period of estrogen deficiency than age, and indeed the decrease in skin collagen parallels the reduction in bone mass seen in postmenopausal women not using estrogen supplementation.

“The diverse functions of estrogen in a wide range of tissues in both sexes, including bone, brain, skeletal muscle, adipose tissue, colon, vascular system, and skin are now well recognized, and the loss of estrogen in postmenopausal women has a negative impact on many aspects of female health, leading to conditions such as osteoporosis and an increased risk of cardiovascular disease.”

The study reported by Toz et al is different from other studies of the effect of estrogen loss on skin aging, as this is a true controlled study, comparing a group of women undergoing hysterectomy with another group of women undergoing hysterectomy along with removal of ovaries, Absence of estrogen (and ovaries!) clearly reduces the risk of breast and ovarian cancer, but will lead to all the sequelae of estrogen deprivation on “…Quality of Life…” Although the results of the Toz et al study are not surprising, this study highlights the rapid aging of skin in the absence of estrogen, with significant changes observed as early as 6 months of estrogen deprivation. The consequences of these changes is most apparent on the face and other sun-exposed areas. In Western societies, many women consider the appearance of their skin and hair to reflect their general health and wellbeing, and significant visible deterioration involving skin aging may impact their “quality of life.”