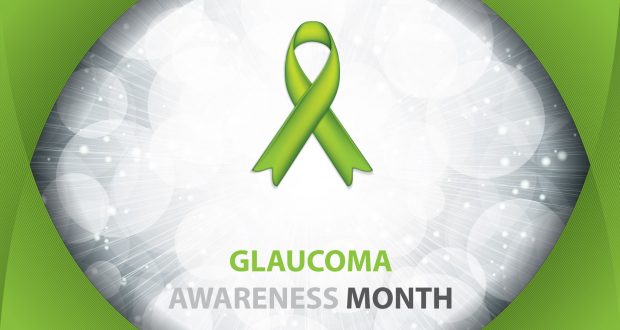 Glaucoma is a serious condition that can cause blindness. Over 3 million Americans have glaucoma.  It is often called

“the sneak thief of sight” since many people are unaware that glaucoma has few symptoms or warning signs in its early stages.

It is more common in women than in men and it also may run in the family.

Glaucoma is a group of diseases that damage the eye’s optic nerve and can result in vision loss and blindness.   It can steal sight without any warning.

Are You at Risk For Glaucoma?

Although the most common forms primarily affect the middle-aged and the elderly, glaucoma can affect people of all ages. So, everyone is at risk for glaucoma.

There are certain groups than others that are at higher risk.  It’s important if you are at high risk to become aware of early symptoms, increase early diagnosis, and start treatment to preserve vision.

People at high risk for glaucoma should get a complete eye exam, including eye dilation, every one or two years.

The following are groups at higher risk for developing glaucoma.

Glaucoma is much more common among older people. You are six times more likely to get glaucoma if you are over 60 years old.

If members of your immediate family have glaucoma, you are at a much higher risk than the rest of the population.  Family history increases risk of glaucoma four to nine times.

Recent studies indicate that the risk for Hispanic populations is greater than those of predominantly European ancestry, and that the risk increases among Hispanics over age 60.

Some evidence links steroid use to glaucoma.

Injury to the eye may cause secondary open-angle glaucoma. This type of glaucoma can occur immediately after the injury or years later.

Blunt injuries that “bruise” the eye (called blunt trauma) or injuries that penetrate the eye can damage the eye’s drainage system, leading to traumatic glaucoma.

The most common cause is sports-related injuries such as baseball or boxing.

Other possible risk factors include:

Glaucoma TreatmentsThere is no cure for glaucoma-yet. However, medication or surgery can delay or prevent further vision loss. The appropriate treatment depends upon the type of glaucoma among other factors. Early detection is vital to stopping the progress of the disease. That’s why early diagnosis is very important.Glaucoma treatments include medicines, laser trabeculoplasty, conventional surgery, or a combination of any of these. While these treatments may save remaining vision, they do not improve sight already lost from glaucoma