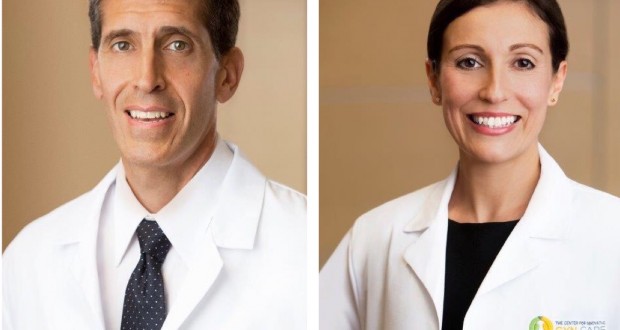 Dr. Danilyants received her fellowship training in Advanced Retroperitoneal Laparoscopic Surgery through the exclusive Johnson and Johnson/Ethicon EndoSurgery (EES) fellowship program. The EES program, which offered less than 10 positions nationally, accepted Dr. Danilyants after completing her residency at the George Washington University in Washington DC, where she served as Chief Resident.
She practiced an additional three years at the Women’s Surgery Center, where she was the Director of Advanced Retroperitoneal Laparoscopic Surgery.

Dr. Danilyants is the former Division Chief of Minimally Invasive Gyn Surgery at Inova Fair Oaks Hospital as well as former Assistant Clinical Professor in the Department of Obstetrics and Gynecology at George Washington University Hospital.

She received numerous awards for her exceptional surgical skill and care, including the Outstanding Laparoendoscopic Award in 2007, AAGL (American Association of Gynecologic Laparoscopists) Award for Special Excellence in Endoscopic Procedures in 2008, and Center of Excellence in Minimally Invasive Gynecology Designated Surgeon in 2012.

Dr. Danilyants is a co-founder of The Center for Innovative GYN Care at InnovativeGYN.com.

Dr. MacKoul completed his fellowship in gynecologic oncology at the University of North Carolina, and his residency in OB/GYN at the University of Maryland. He graduated from Medical School at Tufts University after completing a Masters degree at Vincent T. Lombardi Cancer Center at Georgetown University. He is a board certified specialist in both Gynecology and Gynecologic Oncology.

As a leader in the field of laparoscopy, he has presented at major national meetings and been published in world-renowned medical journals. He is frequently sought as a medical expert on techniques for minimally invasive removal of non-cancerous, pre-cancerous, and cancerous tumors.

Dr. MacKoul is a co-founder of The Center for Innovative GYN Care at InnovativeGYN.com.