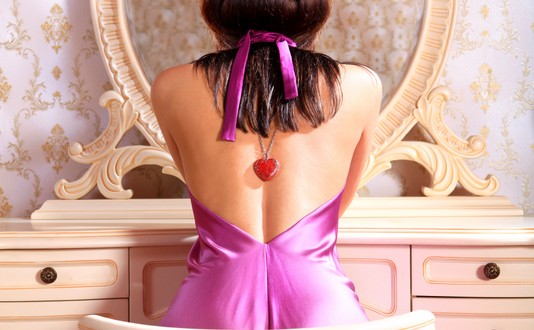 Menopause…Straight Talk From a Real Woman

I’m 52, and I’ve been in hand to hand combat with menopause for about nine years. Back in 2006, at age 43, I thought I was pregnant. My periods had stopped, and my stomach was getting swollen, and even with two kids already in tow I was dewy-eyed at the prospect of having a third. I took a pregnancy test and it came back negative.

So I went to see my OB-GYN. She did a pregnancy test on the spot and had one of her lackeys report back, which they did by yelling NEGATIVE! from the other end of a long hallway full of patients, doctors, and staff. So began my journey from being a fertile goddess, able to grow another entire human in my body to a lumpy, ageing, not-so-special forty-something with some anger issues.

It turns out that my swelling abdomen was the result of the fact that one of my ovaries had grown to the size of a grapefruit. Surgery was indicated. The plan was to go in with a laparoscope through my navel and remove the offending ovary, but the doc warned me that once they took a look around they’d be better able to determine the proper course of action. Once they got inside, they discovered a uterus full of fibroids, as well as significant cysts on both ovaries and torsion of my fallopian tubes. Post-surgery the doctor told me “it was a real mess in there.” Everything had to go.

On the recommendation of my doctor, I began two years of hormone replacement therapy (HRT). So even though technically I was going through “medical menopause”, I didn’t really feel any different. Even after stopping HRT, I didn’t exhibit the usual symptoms associated with full-on menopause. So I thought, “Great, no problem, I’m done.”

In the last few years, I’ve discovered that my body has more to say to me. Mostly, IT’S SO HOT! I get the occasional booming headache, and I sometimes can’t remember things I’ve said, or plans I’ve made. I’m going to attribute that last bit to menopause, even though I might just be getting senile.

It’s hard at my age to feel womanly. Unless by womanly you mean perpetually tired, occasionally irrational, and periodically grumpy. It’s hard to look at yourself in the mirror and still see a beautiful, vital human being. At first, anyway. It’s taken some time, but now when I look at how being a woman has ravaged my body, I see a series of battle scars for which I am grateful. I’m saggy and stretched and wrinkled, and for my efforts I have two lovely, beautiful-inside-and-out girls on the cusp of their own lives. Better than a fair trade, I’d say.

Beauty of form is nice, but age and gravity take their toll on everyone. I used to think I was ugly. Now I can see that I’m beautiful. All those imperfections stand testament to the amazing gift many of us are blessed to be given as women; to grow and nurture life within and with our bodies, and to create a new generation of girls, ultimately women, whose prospects are worlds better than ours and our forebears’.

If my body wants to remind me of that occasionally, I’m okay with it.

Cory MacLean is an author who specializes in writing the stuff that polite people won’t say. Also a published photographer and professional musician, she is the somewhat harried mother of two beautiful girls and two extremely needy cats. Her chief avocations are gardening and vodka, which often work together to create beautiful, if somewhat haphazard, floral displays. She also writes a blog entitled Journey to Hell…th (A blog for real women in a Barbie world), about the trials and tribulations of diabetes, weight loss, and middle age, which you can visit at http://catanddog4.wix.com/journey-to-hellth.
#menopause C.T. MacLean Menopause Minute womens health 2015-10-08
admin