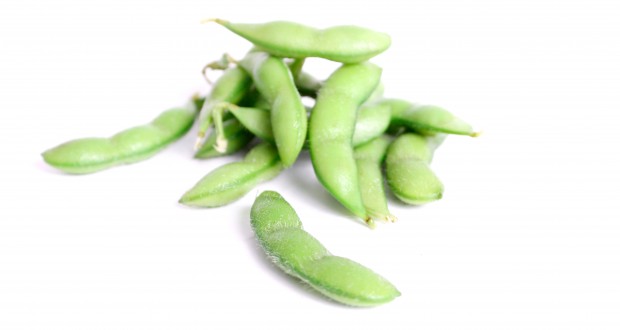 Does soy in the diet help with hot flashes?

It does, but only for women whose bodies can produce the soy metabolite equol, reports a study of American women just published online in Menopause, the journal of the North American Menopause Society. About 20% to 50% of North American and European women have this ability.
The key is their bodies’ ability to produce equol from soy.

The researchers surveyed women from age 45 to 55 in a Seattle, Washington-area healthcare system to find study participants who weren’t using hormone therapy and ate soy foods at least three times a week. The participants recorded how many and how severe and bothersome their hot flashes and night sweats were and also had their hot flashes measured with a skin monitor. Urine tests showed which women produced equol, which is metabolized from the soy isoflavone diazden by bacteria in the gut.

Of the 357 participants, 34% were equol producers. And among the equol producers, those who had the most soy in their diet were 76% less likely to report a higher than average number of hot flashes and night sweats than those who had the least soy in their diet. But for the women who did not produce equol, soy made no difference. Soy intake didn’t affect the severity or bothersome of hot flashes and night sweats for either group.

Measuring equol in urine is a test that’s only done in research centers, so it’s not realistic for women who are not participating in studies to be tested. And the effect of soy for women who do produce equol needs to be confirmed in controlled, randomized studies, so making a definite recommendation to women on soy and hot flashes is premature, said the authors.

“Women who are interested in trying dietary soy for their hot flashes can do their own experiment by incorporating it as a healthy food in their diet.  If it doesn’t help in four to six weeks, they can assume it probably won’t and can try other lifestyle or medical therapies for their hot flashes,” says NAMS Executive Director Margery Gass, MD, NCMP.

An approach that could help more women reduce hot flashes—whether they can produce equol or not—is to use supplemental equol. A supplement of equol for hot flashes and other menopausal symptoms is being studied now in the United States by Otsuka Pharmaceutical Company, Ltd, which sponsored this study, and its subsidiary Pharmavite LLC, the supplement manufacturer.

The article, “A cross-sectional study of equol producer status and self-reported vasomotor symptoms,” will be published in the May 2015 print edition of Menopause.