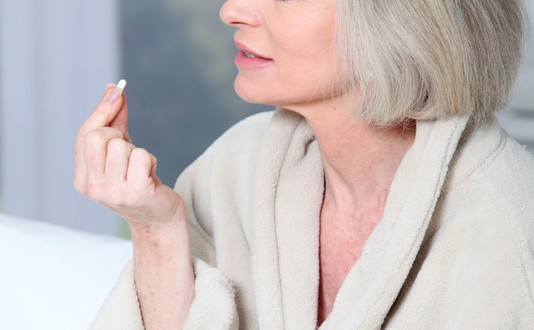 Weaning off Estradiol and Progesterone Hormone Therapy: Should you Do It??

This is a question I am frequently asked: “…How long should I stay on hormone therapy…” “…When should I stop…?”

If you are on estrogen with or without progesterone, should you wean off your estradiol and progesterone and- if so- when?!

The answer, actually, is evidence-based, and has been evolving with time, since that abomination of double-talk, the Women’s Health Initiative (“WHI,”) study was prematurely leaked/released first to the press, and then, (with almost half of the investigators refusing to sign on to the paper because of what they perceived as bias) to the scientific community by the principal investigator in 2002. The bottom line of that paper, that “…estradiol causes breast cancer…,” and that hormone therapy (“HT”) does not improve cardiovascular health or cognitive ability has subsequently been proven false, but a majority of general physicians (FPs, PCPs, Internists and many general Ob-Gyns) haven’t been following the literature, and continue to eschew HT. It is instructive to note that the vast majority of “Menopause Practitioners” (experts in treating women in menopause) definitely encourage & support the use of estradiol and progesterone. They never bought the biased conclusions of WHI in the first place.

The North American Menopause Society (the world’s largest professional society of clinicians and researchers dedicated to menopausal medicine) in July 2015 issued a “Statement on Continuing Use of Systemic Hormone Therapy After Age 65,” (1) in which they acknowledged clear data that show thatdisturbing menopausal symptoms such as hot flashes and sleep disruption persist for an average of 7.4 years and for more than a decade in many women. (2) Moderate to severe hot flashes, fatigue and sleep issues have been documented in 42% of women aged 60-65 years; thus many women after menopause who elect to not take hormones, or women who take estradiol for only a few years and stop, will continue to have disruptive symptoms after age 65 and these symptoms can disrupt sleep and adversely affect health and quality of life. (2-4)

The Statement goes on to say: “Provided that the woman has been advised of the increase [in certain situations] in risks associated with continuing HT beyond age 60 and has clinical supervision, extending HT use with the lowest effective dose is acceptable… such as for the woman who has persistent bothersome menopausal symptoms and for whom her clinician has determined that the benefits of HT outweigh the risks.” (1)

Little by little, consistent data is clarifying the issue, and supporting what I have been editorializing about for many years: in the absence of a disease process that makes discontinuation of estradiol and/or progesterone advantageous, there is little reason to wean off hormone therapy as one ages after 60 and beyond.

There is robust data supporting continuing on estradiol therapy as a woman ages. It is well known that estradiol improves lipid parameters, diminishing LDL-C (low density, or “bad” cholesterol), improving HDL-C (high density, or “good” cholesterol,) and- for transdermal (through the skin) or subdermal (pellets implanted under the skin)- improving triglyceride (perhaps the most dangerous lipid particle) -scores. It is also known that estradiol improves memory and cognitive function, and improves /diminishes aging of the collagen layer of the skin.   The caveat here is that estrogen supplementation must be initiated within 10 years of the final menstrual period, but the sooner the better; I personally feel 7-8 years is a better cutoff for safe estradiol initiation. Continuing on HT prevents bone demineralization and supports healthy bone mineral density, preventing osteoporotic fracture(s). Continuing on HT through the aging process supports memory and cognitive clarity. Most certainly, the use of local vaginal estradiol therapy (with or without “systemic” HT) promotes a healthy, youthful vaginal mucosal lining, eliminating the often bothersome post-menopausal symptoms of vaginal burning, discomfort with sexual intimacy, and urgency incontinence. And, perhaps of less “medical importance,” but certainly important to women is the thicker & more resilient collagen layer of the skin of women on HT, compared to those who are not.

A clear and unambiguous Editorial in the premier medical journal devoted to menopausal issues (“Menopause“), entitled “Failure to treat menopausal symptoms: A disconnect between clinical practice and scientific data” says it best. Andrew Kaunitz, MD and JoAnn Manson, MD, both well-respected menopause researchers and Board Members of the North American Menopause Society note the recent article on the prevalence of bothersome menopausal symptoms for a dacade or more past menopause (3), and opine, “…Confusion and anxiety regarding the safety of HT have led to marked declines in the prevalence of HT use… documented not only in the U.S., but in Australia, Germany, and other European nations.” Only 5% of women in the U.S. presently use HT, with use highest in better-educated, healthier populations. “The WHI is commonly cited as demonstrating that use of HT carries high risks- a belief that contributes to low use of HT among symptomatic postmenopausal women. In fact, a close look at the 2013 report which thoroughly analyzed WHI data (5), published in the prestigious Journal of the American Medical Association (“JAMA“), demonstrates that use of HT is associated with a risk-benefit profile that many post-menopausal women would fine acceptable…” and that “…neither estradiol therapy not estradiol/progesterone impacted overall mortality rates.” (5) Another way of looking at it, according to Manson and Kaunitz, is that the elevated risk of breast cancer after 10 or more years of continuous use “…translates into an attributable risk of less than one additional case of breast cancer diagnosed…” (remember, > 75% of women survive breast cancer!) “…per 1000 HT users annually. This risk is slightly higher than that seen with one daily glass of wine and less than the health risk noted with two daily glasses…” Scientific data supports HT, but many clinicians lag behind!

But-I have previously opined (with references) on the harm done to women’s health by the WHI (see previous blogs on this site). So… here you are, an aging (age 50’s, 60’s, perhaps 70’s post-menopausal woman). How long “should” you be on hormone replacement? Should you wean off estrogen/estradiol? Should you wean off progesterone? Should you STOP? And, if your clinician elects to lower your dose with age, or if you or your doc elect to discontinue HT, what is the best way to “wean off?”

There is definitely a “Protocol” for weaning down/off of estradiol and/or progesterone HT. Do not stop it all at once under any circumstances; slowly taper down! For my patients tapering from one dose down to the next lower dose, I have them do this by progressively cutting slivers of their patch off, or alternating every third day (then every other day) with a 1/3rd or half lower dose of cream or gel, taking a full 3-4 months to wean down to the next lower dose and, if totally weaning off estradiol or progesterone, taking a full 6+ months to one year to wean off. If weaning off because of a diagnosis of estrogen/progesterone receptor-positive breast cancer, I compact this taper-down to a 6-8 week period (there really is no reason to say “OhMyGod, OhMyGod, I need to stop Immediately!), starting them on supplements and other non-hormonal menopausal symptom treatments at the same time, so as to cushion this difficult transition.