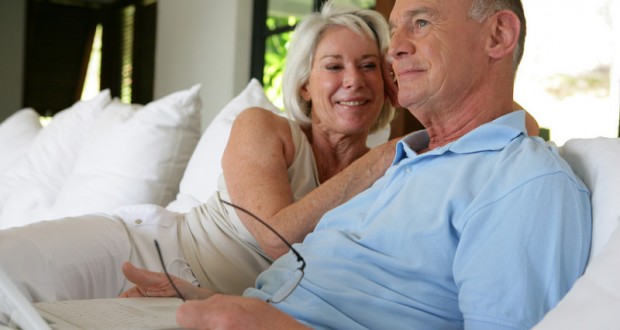 Menopause and Sex – A Modern Phenomenon

Regardless of whether today’s woman anticipates her menopausal years with hope or dread, she knows menopause is coming. Biologically, menopause is the end of a woman’s reproductive years-she stops ovulating. Physically, her body changes as it adjusts to the new hormonal norm. Socially (in modern times), the menopausal woman is often seen as a grandmother, a loving caregiver for her children’s children. Psychologically, the menopausal woman is thought to be wise, and will share her stories and scatter her pearls of wisdom with enthusiasm. And emotionally, she is mature and feminine.  But is she sensual?

Thousands of years ago, menopause was rare. Of course, if a woman lived long enough, certainly she would experience biological menopause. However, historically this was considered an anomaly rather than the norm. In prehistoric times, within the hunter and gathering societies, women rarely survived past age 35. Ancient Greeks, prolific in writing, produced very few references to menopause, presumably because few women survived to the transitional age. The Middle Ages saw multiple plagues which effectively kept the average life span short. With the development of medicine, sanitation, and social organization, the average life span slowly increased during the Renaissance and into more modern times. In the 1850s, modern medical science informed the public that “the keystone of mental pathology” was the uterus (Dr. Edward Tilt).  “Hysteria” was the most common female diagnosis, which included mood deficiencies, hot flashes, and other “female” symptoms. During this time, women who were lucky enough to survive to menopause were often shunned for their symptoms and at worst institutionalized for lunacy, rejected and abandoned by their husbands, and left to live their remaining years alone in poor conditions.

In more recent history, life expectancy has continued to rise. The average lifespan of a woman in the United States is now nearly 82 years old! Thousands of women will spend 30-40 years, after menopause, living vibrantly and loving life. This has been a logistical challenge for the healthcare system as there are far too few geriatric specialists for this significant population. Also socially, this massive cohort of menopausal women is continually redefining aging. Cosmetic procedures, retirement communities, dating websites for mature adults, erectile dysfunction medications… today’s seniors are busy! In fact, STIs (sexually transmitted infections) among older individuals has increased at alarming rates. According to the U.S. Centers for Disease Control and Prevention (CDC), among 45-64 year olds, in 2000, there were 885 reported cases of syphilis and 6700 cases of chlamydia. In 2010, there were more than 2,500 cases of syphilis and more than 19,000 cases of chlamydia. Older adults love sex….but they don’t love condoms! To make matters worse, healthcare providers are not prepared to discuss sex, sexual function, and safe sex with their “grandmotherly” patients. Yes, this is a double standard — conversations about male sexual function are quite frequent given all the erectile dysfunction medications advertisements. But this double standard did not always exist. Before 1998 there were no oral medications for erectile dysfunction and conversations regarding sex were reserved for the urologist’s office in the context of implant surgery or penile injections. Primary care providers rarely asked their older male patients about their arousal, desire, or erections. But we, as medical professionals, learned from our older male patients that sex is a part of overall health and well-being, regardless of age. The subsequent rise in STIs among seniors proves that older women agree! Menopause is another chapter of a woman’s sexual life – it is not the end of the book. Soon medical providers will welcome conversations about female sexual function and dysfunction, but until that happens, keep pushing your healthcare providers to look beyond your menopause, to see the vibrant, feminine, sensual woman who values sex at any age.