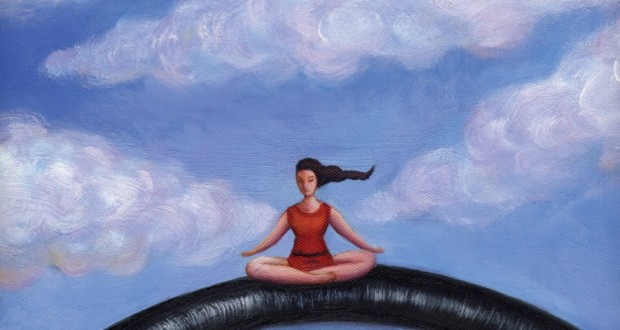 Women have become much more willing to talk about menopause at a time when there’s a whole lot to say about treatment options.

Sex educator Jacq Jones wants women in their menopausal years to know that decreased libidos and changes in sexual sensation are natural and normal. “Something that [women have] relied on and know works—[like] push here, lick there, orgasm happens—[can become] different,” says Jones, adding that it’s also possible for women to have an increased libido or a sexual awakening around menopause. “If you don’t know that difference is normal, oftentimes, people will look for reasons why it’s happening, and sometimes blame relationships or technique or any of the things that aren’t really the cause. The cause is your body is changing, so, of course, things are going to be different. And you can find joy in that difference.”Jones, who also owns Sugar, a sex toy store in Hampden, recommends vibrators and 10- to 15-minute daily masturbation sessions to bring blood flow to the vaginal area, which decreases with the loss of estrogen. Kegel exercises can also help, as can understanding the effect that other middle-age life stressors, such as caring for aging parents or grandchildren, can have on a woman’s sex life. And education about perimenopause and menopause in general are imperative to women learning what is happening with their bodies and what treatments are available. “The more we talk about [menopause], the better off all of us are,” Jones stresses.

Fortunately, women are talking about menopause more than ever at a time when treatment options for complications alone could drive much of the conversation.Hormone replacement therapy, which fell out of favor about a decade ago, is popular again in the form of pills, patches, gels and creams. There are newer treatments like bioidentical hormones and lasers, older treatments like lubricants, and natural options like clinical hypnosis and herbs. Some treatments are expensive; others come with increased health risks. Relief is out there, but there is a lot of information to sort through to get it.But first, in case you’re not sure: Menopause is defined as the cessation of a woman’s period for one year. Perimenopause, by contrast, usually starts when a woman is in her 40s and lasts about four years. During this time, a woman’s ovaries are still trying to produce eggs, which can lead to irregular periods with heavier or lighter bleeding than usual. Hot flashes, irritability and loss of sleep can also begin to rear their heads, as can vaginal dryness, which can make sex painful.Then comes menopause, which a woman reaches, on average, around 51. This is when a woman’s ovaries stop releasing eggs, her period ceases and most of her estrogen is gone.

But this life stage doesn’t necessarily end abruptly. Complications from menopause can continue into postmenopause. “It’s not like, once it’s been a year, the light switch is turned off, and you don’t have to worry about hot flashes. It’s a continuum,” says Michelle Germain, MD, director of women’s health services and chief of gynecology at MedStar Good Samaritan Hospital and MedStar Union Memorial Hospital. The loss of estrogen and progesterone, the hormones the ovaries produce, also puts some women at greater risk of developing a number of ailments, from heart disease and osteoporosis to urinary incontinence and urinary tract infections.

If this sounds doom and gloom-y, then take heart: While these complications are all  possible, each woman’s experience is different. “Some people have terrible hot flashes that last life-long, and some people hardly have any,” says Katharine Taber, director of the Women’s Wellness Center at LifeBridge Health. “There’s really no crystal ball to figure out who’s going to have what. [But] I think women are much more educated about [menopause] now and often take a proactive view. They understand there’s some hormones, and there’s some options [for treatment] out there, and [they] want to talk about them.”

Women who are experiencing vaginal dryness and painful sex can try glycerin-free lubricants and even Crisco (the vegetable shortening, not the oil). “Room-temperature Crisco, placed at the posterior vagina, really will hydrate and lock in moisture there,” Taber says.

They may also need to plan for sex. “You can’t be cleaning out the basement and then get in the mood,” Germain says. “Set aside some time, block out the other stuff in your life, have dinner, get romanced all over again, and that can certainly help. Most women can get in the mood, but it takes time. They have to have more foreplay because the vagina is more dry.”

And although it may seem counterintuitive, the more sex women have, even if it is painful in the beginning, the better off they will be in the long term. “I try to encourage women to really increase the frequency of their sexual activity because it will increase blood supply to the vagina and help maintain vaginal health,” Taber notes.

What if a woman wants to be sexual but can’t get in the mood? Sex educator Jones says that wanting to be sexual is the important part: “That means sometimes going ahead and choosing to do things that are sexual for yourself with your partner and waiting to see if your body wakes up.”

Then there are the hot flashes, which may be the most notorious complication of perimenopause and menopause. In 1991, Karen Giblin’s emergency hysterectomy thrust her into menopause at age 40, during a time when women weren’t openly discussing menopause. This left Giblin, who was then working in local government in Ridgefield, Conn., confused about how to address her hot flashes.

“Here I was, managing the affairs of the town and wanting to peel off all my clothes—it felt like I was being blowtorched,” recalls Giblin, who grew up in Baltimore and went on to found Red Hot Mamas, the largest menopause education program in the U.S. (with an affiliate at MedStar Good Samaritan Hospital in Baltimore). Eventually, she found relief through estrogen therapy, a form of hormone replacement therapy—first a pill, then a patch—which she continues to use today.

Indeed, hormone replacement therapy (HRT) may be the most well-known treatment for hot flashes, vaginal dryness and night sweats, despite fears about HRT engendered by the initial results from the 2002 Women’s Health Initiative study. To address their symptoms, women with a uterus need to take estrogen, plus progesterone (or progestin, the synthetic form of progesterone), to prevent endometrial cancer, while women without a uterus can take estrogen-only therapy. HRT has some other benefits, too, including decreasing the risk of osteoporosis, diabetes and colon cancer, and improving overall mood.

The downside is that HRT has been shown to increase some women’s risk of stroke, blood clots, breast cancer and dementia. That’s why the North American Menopause Society (NAMS) suggests that women limit their intake. “The current recommendation is to take hormones for five years,” MedStar’s Germain says.

Additionally, there are new medications on the market called selective estrogen receptor modulators (SERMs) that Life-Bridge Health’s Taber calls “amazing.” These drugs have the same effects as estrogen on certain tissues of the body, so they can address menopause complications; but they have none of the same effects on other tissues, so they can decrease the risk of certain side effects.

Another option for treatment is plant-derived bioidentical hormones, which, according to NAMS, have the same chemical and molecular structure as the hormones in a woman’s body. The FDA has approved some bioidentical medications, but there is concern about ones made in compounding pharmacies.

Taber points out that bioidentical hormones made in these pharmacies aren’t subject to FDA oversight. “You can get variations in purity, potency and quality,” she says. “I think some women are falsely reassured that bioidentical is just fine, that you aren’t taking any of these risks [associated with HRT], but the fact is you are. You might even be taking some that you don’t realize.”

Instead of pills, some doctors prefer to prescribe estrogen patches, creams, gels and rings, because these treatments have minimal side effects and might lessen the risk of blood clots. Vaginal estrogens can be especially helpful for postmenopausal women, who have a higher incidence of being diagnosed with a number of conditions because of the loss of estrogen.

For those who prefer a more natural approach to managing hot flashes in particular, a 2013 study found that clinical hypnosis significantly reduced their frequency for postmenopausal women. Lifestyle changes can also help with hot flashes: losing weight, quitting smoking and avoiding caffeine and alcohol. Natural remedies like black cohosh and soy products are also available, but the FDA has not approved their use to treat menopausal symptoms.

With so many treatment options available, Taber’s best advice is for women to make a separate appointment with their doctors to talk about menopause. “You can have a whole conversation about it for 20 minutes before you actually come to a conclusion about [treatment],” she says. “Menopause today is a much more complicated issue, but that’s a good thing because it’s complicated by choices.”

This message is only visible to admins.

Error: Error validating access token: The session has been invalidated because the user changed their password or Facebook has changed the session for security reasons.
Type: OAuthException

If you followed a broken or out-of-date link, please inform the owner of the referring document. Email webmaster@constantcontact.com to report this error or continue on the Constant Contact home page.
View on Facebook
·Share

I hope that you enjoy a well-deserved day off, some fine food, drink, football and watching the dog show. From my house to yours, Happy Thanksgiving.
Karen Giblin ... See MoreSee Less

VISIT OUR WEBSITE MENOPAUSE FORUMS The Menopause Minute® - November 2020 In This Issue From the Editor...Karen Giblin Your Right to Vote...Picking Your Playlist Coping with Mental Health Struggles Dur
View on Facebook
·Share